The Department of Culture, Heritage & the Gaeltacht invites submissions for Ireland’s ‘National Inventory of Intangible Cultural Heritage’ by Wednesday, January 31, 2018.

The inventory will acknowledge and promote Ireland’s living culture through official state recognition.  It will also fulfil Ireland’s obligations under the 2003 UNESCO Convention for the Safeguarding of the Intangible Cultural Heritage, to which Ireland signed up in December 2015 to raise awareness of, and respect for, our unique living culture.

What is Intangible Cultural Heritage? 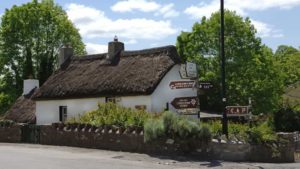 Intangible cultural heritage refers to the practices, representations, expressions and skills that are central to the lives and identities of our communities, groups and individuals.  It can include aspects of traditional skills (such as the skills of rope thatching or dry-stone walling); our rich oral tradition (such as storytelling or the ways in which we use language); performing arts (such as the Leitrim music tradition or sean-nós singing and dancing); and social practices, rituals and festivals (such as wakes, pattern days or following a turas).

Successful applicants to the National Inventory may also consider seeking nomination by the State for inscription on the UNESCO Representative List of the Intangible Cultural Heritage of Humanity, to which the State is entitled to make one nomination every year.

To make a submission just complete the Expression of Interest form –  CLICK HERE  – which can also be downloaded from the Department website: www.chg.gov.ie.  The information submitted will allow the expert committee to reach a decision regarding inclusion in the National Inventory.  Successful applicants will be invited to develop their final submission that will become part of the National Inventory of Intangible Cultural Heritage.

All queries and completed forms should be sent via e-mail to nationalich@chg.gov.ie on or before Wednesday, January 31, 2018.