The first of a series of Regional Gatherings under the National Dialogue on Climate Action took place in Athlone, at the Radisson Blu Hotel, on Saturday June 23rd. The National Dialogue on Climate Action is a Government led initiative through the Department of Communications, Climate Action and Environment, along with the Environmental Protection Agency, in engaging people in collaborative action. It is part of a process from which the findings from all the Regional Gatherings will be presented to the Minister, Denis Naughten, to inform future policy making.

Representatives from organisations, community groups, NGOs and individuals from across Leitrim, Roscommon, Cavan, Monaghan, Louth, Meath, Westmeath, Longford and Offaly gathered together in Athlone and shared ideas and solutions to be taken at grassroots and local level to tackle climate change. A GEAI delegation participated to the Dialogue, including our EVS volunteer Francesca in her capacity of Cool Planet Champion. 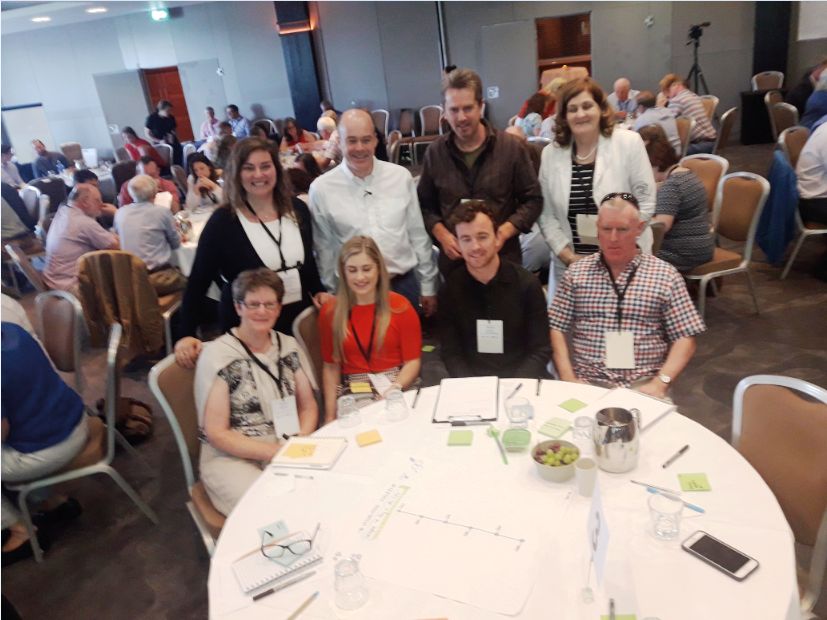 The choice of the location for the event is significant as “Athlone is one of the areas which have suffered greater impacts of climate change. At the moment 147 families are still seeking relocation due to flooding” Minister Naughten highlighted in his opening remarks. “The Government has committed nearly 1% of the GDP to be spent on climate measures under the National Development Plan. No other government in the world has done that” said Denis Naughten. The Minister called also for communities to make their voice heard. He told the audience that when he was campaigning for the general elections only one citizen asked him about climate change.  “We will be investing but we need people and communities to talk about climate change” he added.

“It has been such an inspiring day and I was delighted to be appointed as one of the Table Hosts to facilitate the discussion as the Leitrim Cool Planet Champion” Francesca said. “There is a terrific positive energy among the people here today. We are all very conscious of the urgent and imperative collective effort needed. Now it is time to engage with the whole civil society, we simply cannot afford any further delay” she added. “Climate change represents a threat but also a major opportunity for Leitrim. The inevitable transformational change required represents a massive opportunity for low-carbon investments across all economic sectors, resulting in an increased attraction of new brains (and families) to come and live in this stunning part of Ireland” Francesca concluded.

Thanks to Cool Planet Ambassador, Francesca Franzetti , for reporting from the Regional Gathering