You may remember that we highlighted the formation of the Loneliness Task Force earlier this year and asked you to help them in their survey. The results of that survey and research have been released today. CLICK ON THE IMAGE BELOW FOR FULL REPORT. 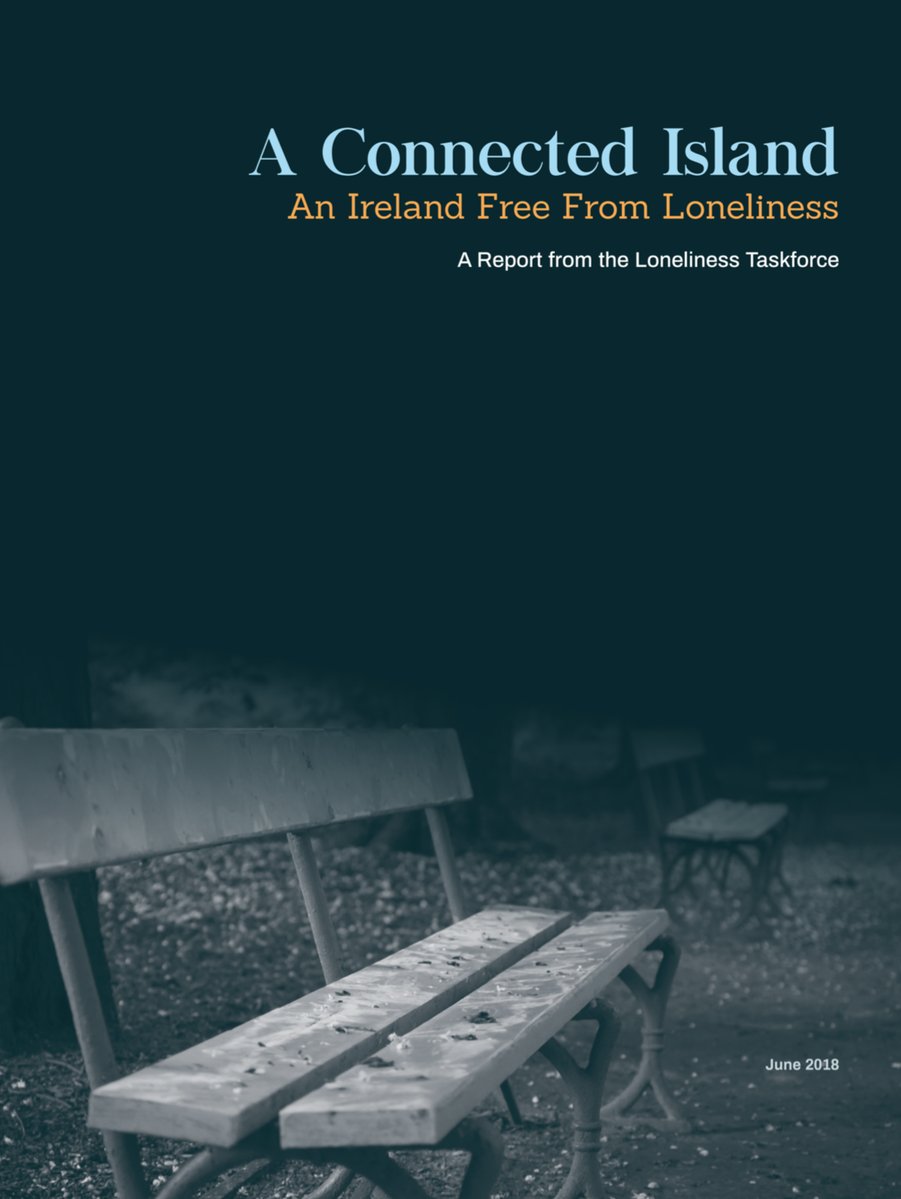 The Loneliness Taskforce was established by Dr. Keith Swanick in collaboration with Seán Moynihan of ALONE. It seeks to coordinate a response to the epidemic of loneliness and social isolation in Ireland. It aims to increase awareness about the issue and to produce a set of recommendations for Government, state agencies and all policy makers.

It is known that loneliness and social isolation are some of the greatest public health risks of today. While much of the research focuses on the elderly, loneliness is now as prevalent in the young as it is in the elderly, it just manifests itself differently. It never discriminates between young and old, rich and poor or urban and rural and that is why more needs to be done to tackle its scourge.

The taskforce is made up of a range of people from the community and voluntary sector, nursing, sport, business, medicine, youth work, psychiatry and non-governmental organisations.

Prevalence of loneliness in Ireland

Alone CEO Sean Moynihan said: “Loneliness is one of the greatest public health risks today. One in every ten older people suffer from chronic loneliness, and the problem is now also prevalent in young people.

Your Input is Sought

The Task Force is asking all interest groups and other organisations to submit short-term, medium-term and long-term proposals that could make a significant change to this issue in Ireland.

Speaking to journalists today, Senator Swanick said he took inspiration from the late British Labour politician Jo Cox who was murdered in June 2016. Cox began a campaign called Happy to Chat and from there, a commission was set up.

“I want to bring awareness to us all, ordinary people, non-medical people, who could do better and look out for our neighbours and try to be more aware of the whole epidemic of loneliness, because that’s that it is, it is an epidemic.”

For more about the Loneliness Task Force CLICK HERE.