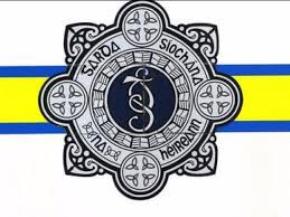 A public meeting of Leitrim Joint Policing Committee will take place on Monday 11th March at 7.30pm in the Bush Hotel in Carrick on Shannon. All members of the public can attend.

WHAT ARE JOINT POLICING COMMITTEES?

The Garda Síochána Act 2005 (Section 36) provides for the establishment of a Joint Policing Committee (JPC) in each local authority. The purpose of these committees is to provide a forum where a local authority and the senior Garda Officers responsible for policing that area can consult, discuss and make recommendations on matters of policing that area.

Leitrim’s JPC was re-established and held it’s first meeting on 21st July, 2015. The Membership is based on the Revised Guidelines for the operation of Joint Policing Committee’s which were published in August, 2014. The Guidelines on JPC Membership for Leitrim provide for the JPC to have 13 Elected Members, 5 Oireachtas Members, two local authority officials and 8 Community Representatives. The local authority representatives are Mr. Lar Power, Chief Executive and Ms. Mary Quinn, Director of Services, Housing, Corporate, Culture & Emergency Services.

Leitrim PPN currently has six seats on the JPC, two of which have become vacant during February. As the JPC will be reformed subsequent to the Local Elections in May 2019 a call for nominations for all posts will be issued then.