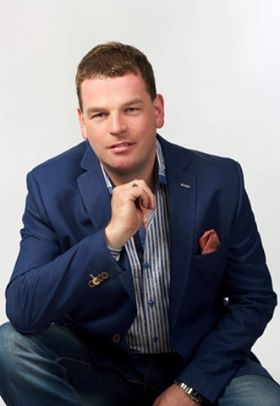 Fancy getting out for a dance over the Christmas and helping the community at the same time? Paul Kelly and His Band are at the Rossinver Community Centre on Tuesday 26th December and tickets are a very reasonably priced €10. They would make a great stocking filler for the dancer in your life.

All proceeds go to the running and upkeep of the Centre which has been a great boon to the community life of Rossinver and all around.

Hailing from the small village of Pettigo in County Donegal, Paul Kelly is a name in the Irish Country Music Scene following the launch of his 6-piece band just over 2 years ago, when close to a 1,000 fans flocked to Bundoran for his debute dance.

Paul is no stranger to the music scene, having played in many successful bands around the North West over the past 10 years before stepping out on his own.

With over ½ million views online,his music video for his single ‘On The Market’ s the hot topic amongst the country community, as Paul sings about the stresses of farming life and his hope of selling up and retiring.

After winning “Video of the Year” earlier this year The Sunday World Country Music Awards Show Paul is really happy with the success of this Song.