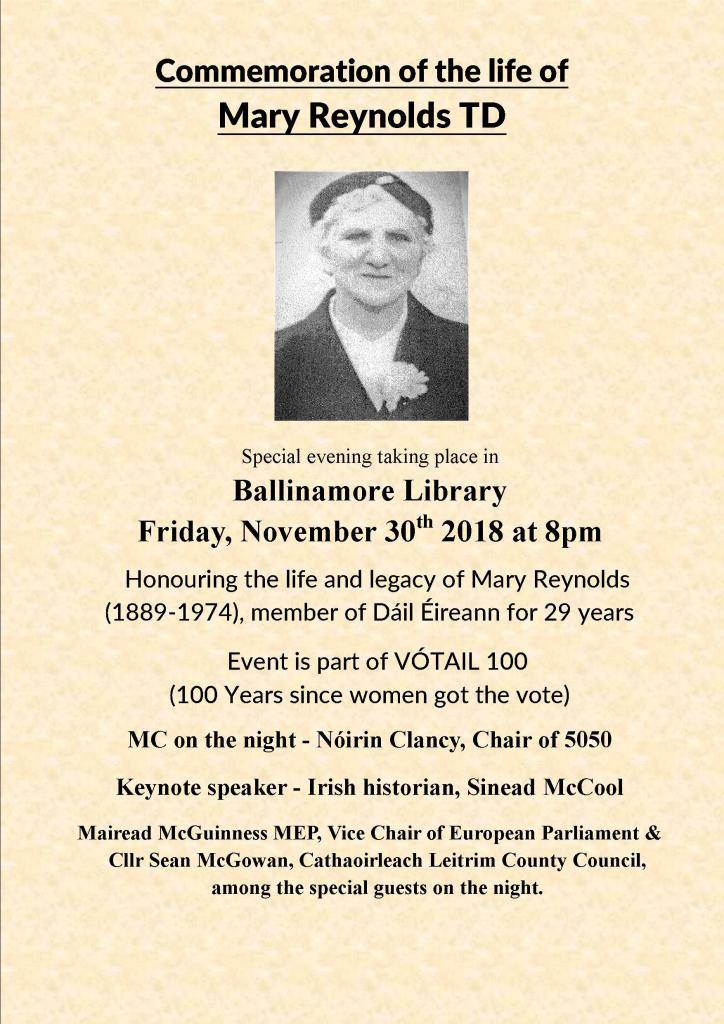 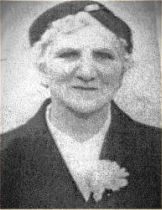 When she first became a TD in 1932, she was one of just two female TDs; the other being her party colleague, Margaret Collins O’Driscoll, sister of the late revolutionary Michael Collins.

The event, as part of VÓTAIL 100 (100 Years since women got the vote), will honour her special legacy which inspired other women to enter politics.

Keynote speaker on the night is Sinead McCool, well-known Irish historian who has written extensively on Irish politics with a focus on women while MC on the night will be Nóirin Clancy, Chair of 5050, an advocacy group she co-founded to promote women in politics. Mairead McGuinness MEP and Vice-President of the European Parliament, and  Cllr Sean McGowan, Cathaoirleach of Leitrim County Council, will be among the special guests on the night.

This will be an informative evening about the life of a trail-blazing female politician.