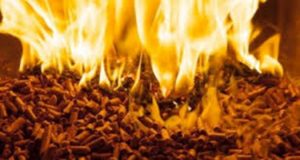 Climate change and carbon tax were high on the agenda.

Irish Link say while actions will need to be taken to reduce carbon emissions , poorer households in rural areas must be protected from energy poverty.

As carbon tax is a regressive tax, households on low to fixed income will be impacted most by any increase in the tax on fossil fuels, diesel and petrol,

As a result, a higher proportion of their will income spent on these items’, Irish Rural Link says..

In rural areas, the cost for such households or those barely making ends meet will be greater.

This is due mainly to the nature of the housing stock-taking more fuel to heat and with more dependency on the car.

Carbon tax is supposed to encourage the switch to cleaner fuels, electric vehicles, and the use of public transport. This is not an option for many people living in rural areas because alternative fuels are not available.

Many don’t live near gas lines and the upfront cost of reconfiguring heating systems is too expensive.

Irish Rural Link say the infrastructure for electric cars is not substantial enough to be relied up. This makes the switch from diesel cars difficult.

Proposals to increase fuel allowance, make returns from social welfare and tax systems may curb the energy poverty problem somewhat, but will do nothing to diminish peoples’ reliance on fossil fuels, especially in rural areas,

Irish Rural Link is now is calling for more investment and ring fencing of current carbon tax into the infrastructure and supports for rural households.

See other articles on this topic on the Leitrim PPN website: