ASIST is a suicide intervention training course developed for members of the public and professionals and particularly those people whose work brings them into contact with people who may be vulnerable or at risk of suicide. ASIST training enhances people’s skills to intervene until either the immediate risk of suicide is reduced or additional support or resources can be found.

There is no cost for this course.

To enrol or for further information please contact Belinda Taylor on 071-9135061 or email belinda.taylor@hse.ie to register your interest. 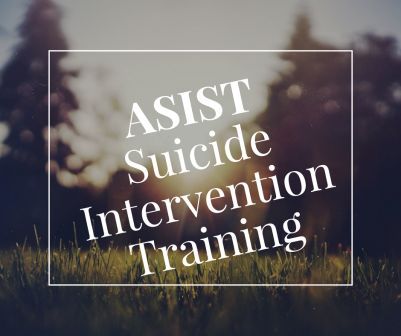 The following additional information is taken from the HSE Suicide Prevention Page at https://www.hse.ie/eng/services/list/4/mental-health-services/nosp/suicidepreventionie/

In communities across Ireland, suicide generates feelings of grief, apprehension and concern. For every Irish person who dies by suicide, many others attempt to end their lives, and many more suffer the despair that leads them to consider suicide. Historically as a nation we have struggled to talk openly about suicide and how it impacts on us.

However, our national conversation is growing and we are becoming better at discussing and addressing issues relating to our mental health. It is essential that we maintain the momentum.

Our national suicide prevention strategy, Connecting for Life, is a whole-of-society strategy to co-ordinate and focus our national effort to reduce the loss of life by suicide.

Connecting for Life involves preventive and awareness-raising work with the population as a whole, supportive work with local communities and targeted approaches for priority groups. The strategy proposes high-quality standards of practice across service delivery areas, and an underpinning evaluation and research framework.

This wide reach presents unique implementation challenges. The whole-of-government, multi-agency, inter-professional, expert-by-experience, local/national focuses will involve multiple stakeholders across and between levels of government and governance

Suicide prevention in Ireland up to 2014

Reach Out set out a vision and guiding principles for suicide prevention in Ireland. It outlined 96 actions and identified lead agencies. These actions fell within the remits of over 80 agencies and departments, not including the organisations funded by the HSE NOSP to deliver many of the actions, working in collaboration with HSE Resource Officers for Suicide Prevention. A total of 34 organisations (mainly non-statutory organisations), were funded by the NOSP in 2014 alone.

Since the launch of Reach Out, there have been significant developments in the areas of research, policy and service delivery relating to suicide prevention, including: 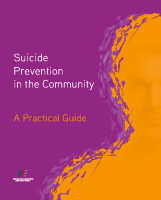 Suicide Prevention in the Community